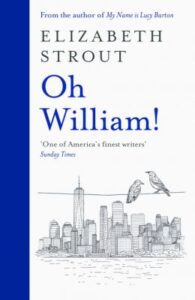 This second instalment of October’s new titles starts with a treat for Elizabeth Strout fans. Just as Olive, Again revisited a much-loved character so Oh William! renews our acquaintance with the narrator of My Name is Lucy Barton, now widowed, who has unexpectedly bumped into her first husband. William has a few troubles to share and is about to accumulate more when his wife leaves him and he discovers he has a sister in Maine he knew nothing about. Unsurprisingly, I read this one almost as soon I got my hands on it and can report that it’s another triumph, thoughtful and perceptive as ever, although it has to be said that while I’m very fond of Lucy my heart belongs to Olive. Review soon…

I loved Lars Saabye Christensen’s Echoes of the City, the story of his beloved Oslo and the Red Cross who helped put it back together after the Second World War, told through the Kristoffersen family. Friendship picks up their story in 1956 with the widowed Maj deciding to leave her demanding job and, in the process, finding hope for the future. ‘Friendship is a beautifully orchestrated story about people and their dreams, about social conventions, personal constraints and what it takes to have the courage to realise oneself. In this book brimming with human insight, as in Echoes of the City, in each of these characters we recognise something of ourselves’ say the publishers. Very much looking forward to this one. 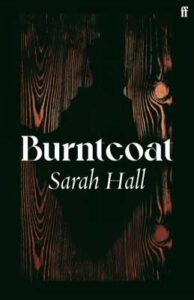 steers clear of our own pandemic, telling the story of Edith, a sculptor who survives the novavirus but knows that her time is limited. As all the symptoms of the inevitable relapse emerge, Edith contemplates her life and the loss of her lover just as they were beginning to explore a future together. This was the first book I’d read by Hall (yes, I know) and I found it powerful, moving and oddly comforting. If you’re wondering about that second pandemic novel, it’s Sarah Moss’ The Fell, due out in November. Reviews shortly…

Toni Cade Bambara’s Those Are Not the Bones of My Children is the latest in a series of Vintage Classics featuring black authors, this one based on an appalling true crime committed in Atlanta. In 1980, Zala Spencer’s teenage son went missing. Ignored by the white authorities, she and her estranged husband set about their own investigation uncovering a string of child murders. ‘Written over a span of twelve years, and edited by Toni Morrison, who called Those Bones Are Not My Child the author’s magnum opus, Toni Cade Bambara’s last novel leaves us with an enduring and revelatory chronicle of an American nightmare’ say the publishers of what sounds like a sobering read.

In Fit, Sammy Wright draws on his experience as a secondary school teacher witnessing the inequalities which riddle UK society where children go hungry while some indulge in flashy extravagance. Wright contrasts these two extremes, following a young girl brought up in a foster home, plunged into the world of modelling. ‘Fit is a moving, tragic, but ultimately hopeful look at the ways in which poverty and neglect can echo through a life . . . even after you think you’ve gotten your fairy-tale ending’ say the publishers. Sounds like essential reading.

I’m rounding off October’s new titles with what I hope will be a short story treat from Penelope Lively. Metamorphosis includes two previously unpublished stories plus a selection of pieces ranging across her long career. ‘Wry, compassionate, and glittering with wit, Penelope Lively’s stories get beneath the everyday to the beating heart of human experience’ says the blurb. A description I’d happily use for her novels.

That’s it for October’s new fiction. As ever a click on a title will take to a more detailed synopsis should you wish to know more, and if you’d like to catch up with part one it’s here.