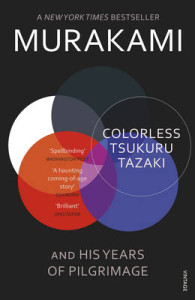 I’ve read all but two of July’s selection of paperbacks and reviewed four of them which makes this an easy post for me. I’ll start with one I haven’t read but have been eagerly anticipating: Haruki Murakami’s Colorless Tsukuru Tazaki and His Years of Pilgrimage and before you castigate me for that missing ‘u’, that’s the way it’s spelt on the jacket. All four of the eponymous Tsukuru’s schoolfriends’ names have a colour in them: he is the odd one out. After they all turn their backs on him he fails to connect with anyone until he meets Sara. As ever with Murakami, I’m sure there’s much more to it than that.

Josh Emmons’ debut, The Loss of Leon Meed, has largely earned its place here because it comes from The Friday Project whose books are always worth a look rather than its seemingly ubiquitous Jonathan Franzen recommendation. Popping up inexplicably and in the strangest of situations, Leon Meed brings together ten disparate residents of Eureka, California, previously unknown to each other, each of whom has witnessed his appearances and each of whom wants to share their experiences. ‘A canny status report on the American Soul’, according to the Los Angeles Times.

I’ve read but not reviewed Katherine Hill’s The Violet Hour in which Abe throws himself overboard after confronting Cassandra with her infidelity leaving her and her teenage daughter aboard their pilotless yacht. Theirs was an apparently perfect marriage, a fulfilment of the American dream, but Hill’s novel goes on to reveal otherwise. A classy summer read – just the thing for lazing around which is why I took it on my own holiday then failed to get around to reading it. 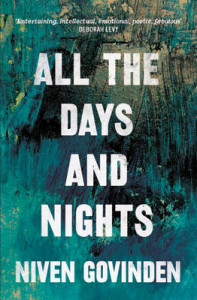 what it seems. Narrated by Anna Brown, a celebrated portrait painter, it begins with a cry of anguish at the disappearance of John – husband, lover and the subject of many of her paintings. Anna has told her housekeeper that John is merely in town picking up art supplies but she knows that this is no short absence. Slowly – sometimes in vibrant word pictures, sometimes obliquely – a picture of John and the life they have lived together emerges through Anna’s memories and imaginings. It’s a short novel that repays attentive reading.

Much longer, unsurprisingly given its name, The Hundred-Year House is Rebecca Makkai’s backward looking history of Laurelfield which we first enter as a family home, albeit a somewhat dysfunctional family. You may know Makkai’s name from her lovely, engaging first novel, The Borrower, the story of a librarian who goes on the run with her favourite customer, a ten-year-old boy whose Evangelical mother is worried about his sexuality. Her second is entirely different, but just as entertaining.

As is Linda Grant’s Upstairs at the Party which had me absorbed from start to finish. It’s a novel about a particular generation, my own, and many of her characters are all too recognisable. This is the second novel in which Grant puts the baby-boomers under the microscope. The first, the hugely enjoyable We Had it So Good, is about the first wave who matured in the 1960s rather than us tail-enders. Upstairs at the Party has some familiar Grant hallmarks – young Jewish girl rebelling against her mother, a much-loved uncle figure, an attention to clothes – and is also a thoroughly absorbing, if darker, read. Hard to untangle my own enjoyment from nostalgia but if you’ve liked Grant’s other novels, I think you’ll enjoy this one, too. 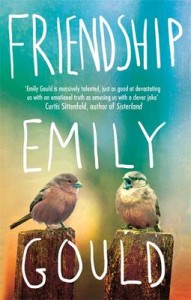 My final choice is Emily Gould’s Friendship which didn’t seem to me to get as much attention as it deserved in hardback. We talk about relationship breakups but not the breakup of a friendship although they can be almost as heartbreaking, and in some cases more so. Gould’s novel makes no bones about its subject – it’s obvious from the title – but it’s about much more than that. Through the lens of Bev and Amy’s friendship she examines what it’s like to emerge from your twenties in the modern world, still unsure of what to do with your life.

That’s it for July paperbacks. A click on the title of the three books I haven’t reviewed will take you to Waterstone’s website for a fuller synopsis. If you want to see what I’ve picked out in hardback for July you can find part one here and part two here.