There’s an embarrassment of paperback riches this February. Lots to occupy those of us stuck in the depths of winter beginning with one of my books of last year. Amanda Craig’s The Lie of the Land explores the divisions between town and country through the clever, involving story of the Bredin family. Furious with the philandering Quentin but too broke to divorce him, Lottie finds a dilapidated house in Devon and takes the entire, thoroughly metropolitan family off there, renting out their London house in the hope of raising enough money so that both she and Quentin can buy separate homes. What she hasn’t bargained for is something nasty in the woodshed. A little like a modern Trollope, Craig is a vivid chronicler of the way we live now.

Daniel Lowe’s All That’s Left to Tell sees two people tell each other stories: one is a hostage, the other a female interrogator who visits him at night after he’s been blindfolded by his guards. Disoriented and lonely, Marc lets slip information which Josephine weaves through the stories she tells him until they become more real to him than his own predicament. Lowe draws you in with his extraordinarily ambitious structure, frequently pulling the rug from under your feet. The result is utterly immersive and the epilogue is a masterstroke, throwing all the cards up in the air. A very clever, subtle piece of fiction which also made it on to my books of 2017 list.

As did Viet Thanh Nguyen’s The Refugees a collection of short stories which enlightens those of us fortunate enough to have lived our lives in a benign political climate, no matter what we may 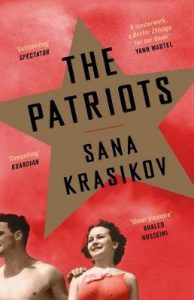 think of our government. Comprising eight stories written over a period of twenty years, it explores the consequences of leaving one’s country under the most difficult of circumstances, consequences which continue to echo down the generations. Nguyen fled with his parents from Vietnam to America in 1975. His beautifully polished eloquent collection combines a thoughtful distance with first-hand experience giving it a quiet power.

Loosely based on a true story, Sana Krasikov’s The Patriots is a doorstopper of a novel which explores political idealism and the stark realities of life under a totalitarian regime through Florence Fein, who sets out for Russia from New York in 1934, and her son Julian, trying to do business in the ‘new’ Russia of 2008.  Well researched and engrossing, The Patriots felt like a particularly timely read given the advent of the Trump administration with relations between the US and Russia under the microscope yet again.

Emily Ruskovich’s debut, Idaho, is entirely different. Six-year-old May and nine-year-old June have had only themselves and their parents for company in their remote mountain home but June no longer wants to play the elaborate games that have kept them whispering together for years. The afternoon the family sets out in their pickup to collect wood will end with an appalling crime which will leave one child dead and the other missing. There’s no black and white in this strikingly written novel, no neat resolution and it’s all the better for that. 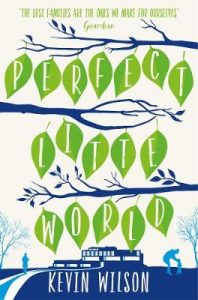 Kevin Wilson’s Perfect Little World is also about families. Alone and pregnant with her art teacher’s baby, Isabelle is offered a place in The Infinity Family Project whose billionaire founder is pursuing a utopian ideal: raising nine babies as part of an extended family in a Tennessee compound. ‘Can this experiment really work – or is their ‘perfect little world’ destined to go horribly wrong?’ ask the publishers. Given the number of unhappy children brought up in communes who’ve shared their experiences with the world in one way or another, I suspect we can guess the answer.

That’s it for the first batch of February’s paperbacks. A click on a title will take you to my review for the first five titles and to a more detailed synopsis for Perfect Little World should you be interested. If you’d like to catch up with February’s new titles they’re here and here. More paperbacks shortly…

20 thoughts on “Paperbacks to Look Out for in February 2018: Part One”