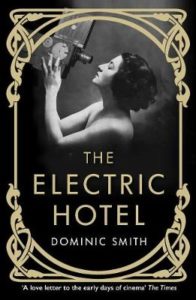 Just as May’s new title schedules suffered a wave of cuts and postponements so, too, have its paperback publications. I’ve read only one of those that have survived the chop, some of which look more enticing than others. I’ll begin with  Dominic Smith’s The Electric Hotel  which takes its readers to Paris, New Jersey and First World War Belgium, telling the story of the rise and fall of a film studio through a French pioneer of silent movies tracked down by a film history student decades after the disappearance of the film that bankrupted him. ‘The Electric Hotel is a portrait of a man entranced by the magic of movie-making, a luminous romance and a whirlwind trip through the heady, endlessly inventive days of early cinema’ according to the publishers. The Last Painting of Sara de Vos was one of my books of 2017 so hopes are high for this one.

I’m not so sure about Season Butler’s Cygnet, in which a young girl is stranded on an island, seemingly abandoned by her parents. Swan Island is home to an ageing separatist community who have turned their back on the mainland to create their own haven and have no wish to have their carefully constructed idyll shattered by an incomer, let alone a young one. ‘Cygnet is the story of a young woman battling against the thrashing waves of loneliness and depression, and how she learns to find hope, laughter and her own voice in a world that’s crumbling around her’ according to the publishers. This one could go either way but it’s an interesting premise.

Weighing in at just over 1,000 pages, Lewis Shiner’s Outside the Gates of Eden is another title I’m not at all sure about. It begins in the ‘60s and takes us all the way to the twenty-first century as it traces the rise and fall of counterculture through Alex and Cole who meet in high school. Alex would prefer to be an artist rather than join the family business while Cole’s future is decided at a Bob Dylan conference in 1965. ‘Using the music business as a window into the history of half a century, Outside the Gates of Eden is both epic and intimate, starkly realistic and ultimately hopeful, a War and Peace for the Woodstock generation’ say the publishers somewhat ambitiously. I’m very attracted to this one but somewhat intimidated by its length.

I’ll end with a title I can happily vouch for. Xuan Juliana Wang’s 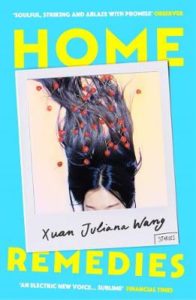 debut collection, Home Remedies, came garlanded with praise from Lauren Groff, herself no slouch when it comes to crafting short stories. Wang explores the second-generation immigrant experience in twelve lengthy pieces told mostly from the perspective of young Chinese. Both poignant and sharply observed, her stories are often undercut with a dark humour and her writing is plain yet striking. Not all the stories worked for me but it’s an interesting collection which explores a culture I know far less about than I should.

That’s it for May’s much depleted paperbacks. A click on a title will take you to my review for Home Remedies or to a more detailed synopsis should you want to know more about the others, and if you’d like to catch up with May’s handful of new titles, they’re here. Fingers crossed that both we and the publishing world will be in better shape in June.