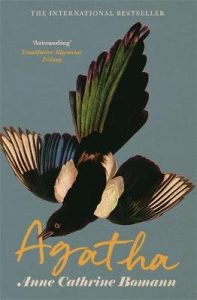 This second instalment of July paperbacks is a bit of a mixed bunch, two of which I’ve already read although I’ll begin with one that I haven’t. Anne Catherine Bomann’s Agatha sees a 71-year-old psychiatrist with no family or friends eagerly anticipating retirement when a young German woman walks into his clinic and demands an appointment. He finds her fascinating, beginning a joint course of therapy with her which forces him to confront his fear of intimacy, apparently, which sounds very promising to me.

As does Julia Phillips’ Disappearing which sees two sisters abducted on the remote Siberian peninsula of Kamchatka. The failure to solve this crime uncovers social and ethnic tensions in a region where outsiders are rarely welcome and often blamed. ‘In a story as propulsive as it is emotionally engaging, and through a young writer’s virtuosic feat of empathy and imagination, this powerful novel provides a new understanding of the intricate bonds of family and community, in a Russia unlike any we have seen before’ say the publishers which sounds attractively off the usual beaten track. Tayari Jones is a fan, apparently

Chia-Chia Lin’s debut, The Unpassing, sounds like a heart-wrenching read combining the feelings of dislocation that immigration can bring with the loss of a child in mysterious circumstances. The ten-year-old son of a hard-pressed Taiwanese family in Anchorage, Alaska, contracts meningitis and falls into a coma. When he regains consciousness it’s to the news that his sister has died. ‘Emotionally raw and subtly suspenseful, The Unpassing is a deeply felt family saga that dismisses the myth of the American dream for a harsher, but ultimately profound,

If you’re in need of cheering up after that, Niall Williams’ This is Happiness might do the trick as it winds back and forth over a single memorable summer which sees the electrification of a small town on the west coast of Ireland. Seventy-five-year-old Noe looks back over that long dry summer when he was seventeen and Faha stood on the cusp of change, telling a poignant story of love, redemption and the secret of happiness. Williams knows how to spin a yarn, expertly weaving a glorious sunlit tapestry of a community about to plant its feet in the twentieth-century fifty years into it. His novel is choc-full of stories and peopled with engaging characters, not least Noe and Christy, the man who becomes his friend. I loved it.

We’re moving from a group of people firmly rooted in a small town to three who are on the move in James Meek’s To Calais in Ordinary Time. In 1348, a young woman is fleeing an arranged marriage, a proctor travels to a monastery in Avignon and a ploughman is on his way to volunteer as an archer at a time when the Black Death is about to decimate the population of Northern Europe. I’m far from sure about this one having been disappointed by Meek’s novels following the superb The People’s Act of Love but a good friend whose opinion I trust assures me that it’s excellent. Fingers crossed. 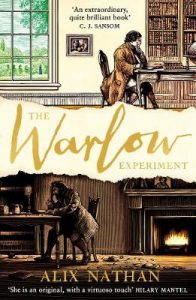 Set in the eighteenth century, Alix Nathan’s The Warlow Experiment tells the story of the reclusive Herbert Powyss and illiterate labourer John Warlow who answers his advertisement for a man willing to be sealed underground in solitary confinement for seven years in exchange for fifty pounds for life. It’s part of an experiment Powyss hopes will gain him the respect of the Royal Society. Needless to say, things don’t go according to plan. There’s much to enjoy in this absorbing story, well told, but it’s chilling to think that it originated from an historical record as Nathan points out in her Author’s Note.

That’s it for July’s paperbacks. As ever a click on a title will take you either to my review or to a more detailed synopsis for whichever takes your fancy. If you’d like to catch up with the first instalment it’s here. New titles are here and here.