The last quarter of the year brought both increasing hopes of a vaccine to liberate us all from Covid’s grip plus the somewhat nervous excitement of an American presidential election together with six more bookish delights for me.

September proved to be my best reading month with three treats all from authors whose previous novels I loved beginning with Lisa Evans’ V for Victory. Having initially written it off as not for me, Old Baggage turned out to be one of my books of 2018. V for Victory catches up with Vee and Noel, names familiar to readers of Old Baggage, neither of whom are quite who they appear to be. Vee is now running a guest house open to lodgers willing to tutor the precocious Noel who refuses to go to school. To their guests they’re aunt and nephew but Vee is Noel’s guardian, met in compromising circumstances. By the end of the novel, Vee will have made a surprising ally and Noel will have understood a great deal about his origins. The wit, compassion and historical veracity which made Old Baggage such a delight are all present and correct in Evans’ hugely entertaining new novel. I’d love to think we’ll be able to catch up with Noel in the next few years. I’m keen to see what kind of man he’s going to be.

My second September treat was Sue Miller’s Monogamy which explores a long marriage between two very different people: convivial bookseller Graham and Annie, an artist, self-contained and sometimes a little remote. On the eve of an author event just before Annie’s new photographic exhibition, Graham seems preoccupied. Then something happens that will irrevocably interrupt the intimate call and response of this settled, happy marriage. Each character is developed with empathetic acuity in this is nuanced, achingly tender portrait of a mature relationship. I’ve long been a fan of Miller’s intelligent 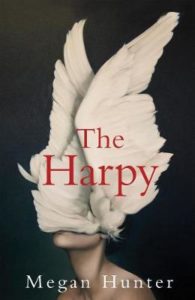 perceptive fiction which seems to slip under the radar here in the UK. A shame. If you’re in the market for an author of quietly thoughtful, intelligent fiction, she has a pleasingly lengthy backlist to explore.

September also brought the gorgeously written The Harpy by Megan Hunter whose superb The End We Start From featured on my 2017 books of the year list. Her new novel sees Lucy’s anger unleashed when she discovers her partner’s affair despite his professed contrition. A way must be found to deal with this fury and the couple makes a bargain: Lucy will hurt Jake three times, the nature and time of the hurt to be of her choosing. Hunter punctuates Lucy’s narrative with brief impressionistic observations, exploring the loss of female identity, subsumed in domesticity, motherhood and the imbalance between men and women. Her writing is spare but often lyrical, her images dramatic and powerful, each word carefully chosen. Still mystified as to why this extraordinary book didn’t appear on the Booker longlist but I’m pinning my hopes on next year’s Women’s Prize for Fiction

October came with some glorious weather in my neck of the woods together with stunning autumn colours plus a few days away in the lovely New Forest. Just one book stood out: Otto de Kat’s beautiful, contemplative novella, Freetown, with its exploration of the lives and memories of two ex-lovers brought back together by the sudden disappearance of Ishmaël, a young refugee who had become a daily visitor to Maria’s home. A year later, Maria still feels bereft, turning to Vince to help her deal with this loss whose effects she doesn’t entirely understand. Our complicated relationship with memory and the past haunts Freetown as de Kat slowly reveals what Maria and Vince have been to each other against a backdrop of the losses suffered by 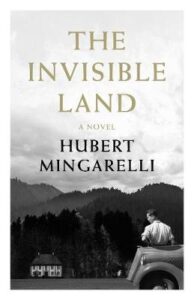 Ishmaël and his country. De Kat’s writing is spare yet lyrical. Stripped of any unnecessary adornment, it’s the kind that presses all my literary buttons. What a delight to discover an author with a reasonably substantial backlist.

November’s two standout reads are very different from each other, the first tinged with the sadness of knowing that its author had died earlier in the year.  Hubert Mingarelli’s The Invisible Land came billed as the final part of a trilogy linked by the theme of war, the first two instalments of which, A Meal in Winter and Four Soldiers, I’ve read. This third, haunting novella takes us from the last days of the war into its aftermath as a photographer sets out to record images of German villagers after the company he’s attached to has liberated a concentration camp. Our unnamed narrator and his driver meet with hospitality and kindness, fear and puzzlement as they drive through the beautiful countryside, the photographer haunted by what he’s seen at the camp. Understated yet intensely moving, this is an expertly controlled piece of writing. Taken together, Mingarelli’s three novellas form a compassionate, humane and profound exploration of war and its devastating consequences.

Naoise Dolan’s Exciting Times couldn’t be more different. Published earlier in the year, it was surrounded by a good deal of brouhaha then shortlisted for the Sunday Times/University of Warwick Young Writer of the Year award at the beginning of November when I snapped up a review copy. Set in Hong Kong, it explores the supremely dysfunctional relationship between Ava and Julian. Ava is living in a scuzzy Airbnb and working as a EFL teacher when she meets Julian in a bar. They have little in common – Ava is from working-class Dublin, Julian is an Eton-educated banker – but eventually Ava moves into his spare room, then into his bedroom. When he’s away on an extended trip to London, she meets Edith and

by the time Julian returns, Ava is faced with a dilemma. Dolan’s novel is full of smart social observations, tartly expressed through Ava’s snarky, self-absorbed voice, every insecurity minutely scrutinised. I loved it which is a pleasing note on which to end my reading year – and yes, I know it’s not over yet but I’m still a bookseller at heart, posting early in the hope that my lists might offer a few solutions to present problems.

And if I had to choose? Well nigh impossible as usual but Shuggie Bain, Strange Flowers, Fracture and The Harpy are all in the frame.

We’re heading towards the end of this strangest of years with real hope of a release from the pandemic that’s exhausted the word unprecedented and affected every one of us in one way or another. With luck some positives will come out of it, perhaps an awareness that the climate change crisis will be so much worse than this if we don’t sit up properly and take notice.

Most of the rest of this month on the blog will be about looking forward rather than back with previews of the many bookish treats on offer in January 2021. Meanwhile, if you missed the first three instalments of my 2020 reading highlights and would like to catch up they’re here, here and here.