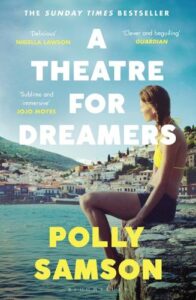 Part two of April’s paperback preview is a little less starry than the first instalment with its two prize winners but still full of goodies, a few of which I’ve already read beginning with Polly Samson’s A Theatre for Dreamers. Set in 1960, it’s the story of a group of artists, writers and hedonists drawn to the beautiful Greek island of Hydra, where Leonard Cohen meets his muse, Marianne. Eighteen-year-old Erica is left £1,000 by her mother, deciding to spend it on a year living with her boyfriend on Hydra, the setting for the novel written by her mother’s friend. Erica is drawn into the island’s creative circle while a romance plays out that will capture the imagination of many for decades. Samson wisely keeps Leonard and Marianne in the background of this immersive, escapist read.

I reviewed Emma Straub’s The Vacationers just over a year after starting this blog having enjoyed it very much but I’ve read nothing by her since. Her new novel, All Adults Here, is about Astrid and her three grown-up children who seem anything but that, although she’s hardly a paragon herself by the sound of it. When her granddaughter arrives, full of curiosity, it seems Astrid’s life may be turned upside down. ’Witty, astute, and irresistibly readable, All Adults Here is a novel about how to survive inside a modern family’ says the publisher which sounds like a smart slice of fiction to take your mind off things. 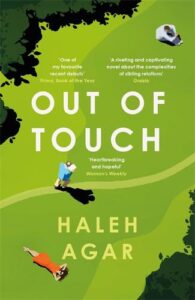 Haleh Agar’s debut, Out of Touch is also about ambivalent family reunions by the sound of it. A woman is knocked down by a man who visits her in hospital, bringing her flowers in apology together with the letter she dropped when she fell. Her brother has received the same letter in New York telling him that their estranged father is dying and wants to see them both. ‘With sharp wit and sensitivity, Out of Touch is a deeply absorbing story about love and vulnerability, sex and power, and the unbreakable bonds of family’ say the publishers promisingly.

The theme of reassessing the past pops up in Kathleen MacMahon’s Women’s Prize longlisted  Nothing But Blue Sky as David discovers that the long marriage he’d always assumed to be perfect may not have been quite what it seemed. His wife’s sudden death sees him re-examining their lives together faced with the fact that Mary Rose had many secrets, some of them hidden in plain sight.  ‘Nothing But Blue Sky is a precise and tender story of love in marriage – a gripping examination of what binds couples together and of what keeps them apart’ says the blurb putting me in mind a little of Penelope Lively’s The Photograph. 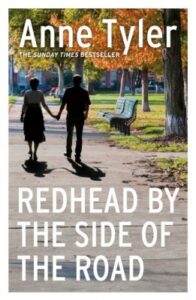 The past comes back to haunt Michah in Anne Tyler’s Redhead By the Side of the Road. Eccentric but fondly regarded by family and friends, he’s quite content with his life until his partner tells him she’s to be evicted because of a cat. Then a teenager knocks on his door claiming to be his son further discombobulating him. ‘Redhead by the Side of the Road is an intimate look into the heart and mind of a man who sometimes finds those around him just out of reach – and a love story about the differences that make us all unique’ say the publishers promisingly. Always good to have a Tyler to look forward to.

Entirely different, there’s something of the mad fable about Scarlett Thomas Oligarchy, the story of a Russian oligarch’s daughter who spends a year in a British boarding school and finds herself turning detective, convinced that there’s more to a fellow pupil’s disappearance than meets the eye. Then someone else goes missing and Tash’s sleuthing takes off in earnest. It’s a whirlwind novella which slings a multitude of well-aimed barbs at all manner of things, from private schools to social media. Well worth reading for Thomas fans but no match for the bonkers The Seed Collectors, sadly

April’s short story collection is Dima Alzayat’s Alligator and Other Stories which was my first toe in the Netgalley water last year. Not an 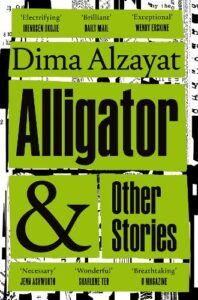 unalloyed success but I don’t think that’s Alzayat’s fault. Her collection comprises nine stories whose overarching theme is family and dislocation, otherness and racism, often told through recollections in quietly understated, sometimes poetic language. Many are about women whose strength and resilience see them through the challenges that loss and standing outside the mainstream of society presents. It’s an enjoyable collection, both poignant and hopeful, but the experimental titular story didn’t make good ebook material.

That’s it for April. As ever, a click on a title will either take you to my review or to a more detailed synopsis. If you’d like to catch up with part one of April’s paperback’s it’s here, new titles are here and here.