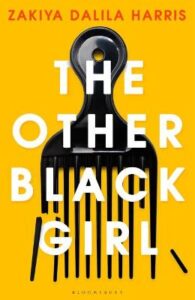 Several long-trailed titles are due to be published in June including Zakiya Dalila Harris’ The Other Black Girl which has been all over my Twitter timeline for quite some time. Lots of publishing folk eager to get their hands on a proof and once you’re read the premise you’ll see why. Wagner Books’ only black employee, Nella is a twenty-six-year-old editorial assistant who’s delighted when Hazel arrives but instead of being a friend and ally Hazel turns into Nella’s worst enemy, apparently behind a campaign to get her to leave. ‘A whip-smart and dynamic thriller and sly social commentary, The Other Black Girl will keep you on the edge of your seat until the very last twist’ say the publishers of novel which sounds as if it might take more than a few digs at the dazzlingly white world of publishing.

Less visible, at least on my timeline, Natasha Brown’s Assembly is narrated by a young black British woman who’s moulded herself to the socially acceptable middle class norm: Oxbridge educated, successful, quiet and self-effacing. As she prepares to visit her boyfriend’s parents’ country house, she begins to wonder if it might be time to dismantle her carefully assembled image. ‘Blistering, fearless and unforgettable, a literary debut from an astonishing new talent in British fiction, for fans of Raven Leilani, Claudia Rankine and Jenny Offill’ say the publishers 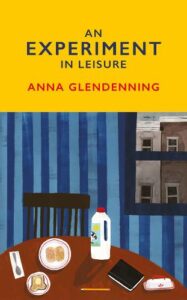 somewhat ambitiously but it does sound promising.

Anna Glendenning’s An Experiment in Leisure sees another young woman reinventing herself, moving from West Yorkshire to London by way of Cambridge, tweaking her image and cutting herself off from her family in the process. The shine is beginning to wear off Grace’s urban fantasy and she’s left facing an identity crisis in what the publishers are describing as ‘a witty, bold debut, at once a tender portrait of youth and a piercing insight into the political, cultural and economic fault lines dividing Britain today’ reminding me a little of Luke Brown’s Theft which I enjoyed last year.

In Tahmima Anam’s The Startup Wife three friends devise a social networking app, two of them in love with each other. Asha’s the brains behind the algorithm but Cyrus is the one in the spotlight when the app takes off, Asha increasingly sidelined in the decisions made about their future. ‘Gripping, witty and razor-sharp, The Startup Wife is a blistering novel about big ambitions, speaking out and standing up for what you believe in’ say the publishers of a novel that’s been the centre of a good deal of pre-publication tweeting. I like the sound of this one and Kamila Shamsie is a fan.

Kate over at Books Are My Favourite and Best alerted me to Meg Mason’s Sorrow and Bliss which she included on her Stella Prize longlist predictions. It’s

about a woman on the cusp of forty, whose loving husband leaves her. Friendless and on the breadline, Martha returns to her dysfunctional parents’ home and tries to understand what happened to her when a breakdown left her apparently irrevocably changed, aged seventeen. Kate’s glowing review is much more persuasive than that synopsis gleaned from the publishers’ blurb. You can read it here.

Jenn Ashworth’s Ghosted sees another woman in crisis when her husband goes missing, trying to carry on as if nothing has happened rather than reporting his disappearance to the police then arousing suspicions when she finally does. Laurie’s life turns out to be much more complicated than was first apparent even to her. ‘A deeply affecting and unconventional love story, shot through with anger, black humour and grief’ say the publishers. I’ve been meaning to read something by Ashworth for some time.

car, her life flashing before her eyes, from childhood memories to her squalid life on the road and all that came between. ‘Violeta among the Stars reads like an epic prose poem, weaving memories and feelings as Violeta reflects on her death, her life, her reality and her dreams. An astonishing portrait of a seemingly insignificant life, from one of Portugal’s greatest living writers’ say the publishers promisingly. I’ve already had one Portuguese reading success this year with Afonso Cruz’s wonderfully discombobulating Kokoschka’s Doll and I’m hoping for another with this one.

That’s it for June’s first batch of new fiction which has turned out to be all about women in one way or another. A click on a title will take you to a longer synopsis should you want to know more. Second part soon in which a few men will get a look-in…