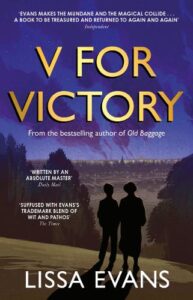 There’s a ‘war and its consequences’ theme running through the first half of June’s second instalment of paperbacks but don’t let that put you off: all four books made it on to my books of 2020 list, beginning with Lisa Evans’ V for Victory which catches up with Vee and Noel, names familiar to readers of Old Baggage, neither of whom are quite who they appear to be. Vee is now running a guest house open to lodgers willing to tutor the precocious Noel who refuses to go to school. To their guests they’re aunt and nephew but Vee is Noel’s guardian, met in compromising circumstances. By the end of this hugely entertaining novel, Vee will have made a surprising ally and Noel will have understood a great deal about his origins.

On a more serious note, Hubert Mingarelli’s The Invisible Land comes billed as the final part of a trilogy the first two instalments of which, A Meal in Winter and Four Soldiers, I’ve also read. This third novella takes us from the last days of the war into its aftermath as a photographer sets out to record images of German villagers after the company he’s attached to has liberated a concentration camp. Our unnamed narrator and his driver meet with hospitality and kindness, fear and puzzlement as they drive through the beautiful countryside, the photographer haunted by what he’s seen at the camp. Understated yet intensely moving, this is an expertly controlled piece of writing.

The next two novels also overlap in their unusual theme, both exploring the repercussions of nuclear fission. The first is Stuart Evers’ The Blind Light, a little daunting in its length but written with such a pace I practically inhaled it. Spanning six decades, Evers’ novel tells the story of post-war Britain through two families, both from opposite ends of the social spectrum, beginning with the friendship between Drummond and Carter formed during their National Service training in 1959 and ending in 2019 when the consequences of compromises made come home to roost. It’s a richly textured, immersive novel, full of convincing characters whose stories echo that of their changing country.

Andrés Neuman’s Fracture complements that Cold War theme, following Yoshie Watanabe, an elderly man who finds himself exploring his past in the wake of the tsunami which triggered the Fukushima nuclear disaster in March 2011. Yoshie is a Hiroshima survivor who narrowly escaped the destruction of Nagasaki in which his remaining family perished. His work took him first to Paris, then New York, Buenos Aires and finally Madrid, where he explored his adoptive countries’ culture and language, embarking on relationships with four women all of whom are contacted in 2011 by a journalist keen to track down this man who has seen two forms of nuclear disaster in his lifetime.

Also one of my books of last year but on an entirely different theme, Sue Miller’s Monogamy explores a long marriage between two very different people: convivial bookseller Graham and Annie, an artist, self-contained and sometimes a little remote. On the eve of an author event just before Annie’s new photographic exhibition, Graham seems preoccupied. Then something happens that will irrevocably interrupt the intimate call and response of this settled, happy marriage. I’ve long been a fan of Miller’s intelligent, perceptive fiction which seems to slip under the radar here in the UK.

Friendship is the theme for Charlotte Wood’s The Weekend which follows three women who gather together after the death of the fourth who made up this lifelong relationship. Each of them is very different from the other and by the end of the weekend their friendship has been stretched to snapping point. ‘Fraying tempers, an elderly dog, unwelcome guests and too much wine collide in a storm that brings long-buried hurts to the surface – a storm that will either remind them of the bond they share, or sweep away their friendship for good’ says the blurb enticingly. If you need more persuasion, here’s Kim’s review at Reading Matters

Kate at Books Are My Favourite and Best wasn’t so keen on my next choice, Curtis Sittenfeld’s Rodham, despite being a fan like me. I remember rattling 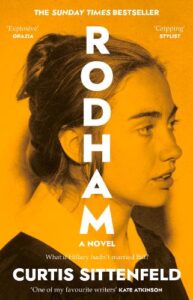 through Sittenfeld’s riveting fictionalised biography of Laura Bush, American Wife, one holiday in North Norfolk over a decade ago and was delighted when I spotted Rodham on the publishing horizon. This time it’s Hillary Clinton in the spotlight but in Sittenfeld’s alternate version of her life Ms Rodham turns down Bill Clinton’s proposal, choosing to remain single. Hopes are high but tempered by Kate’s review which you can read here.

Described by the publishers as ‘a glitteringly dark and unsettling debut’, Frances Cha’s If I had Your Face offers a chilling insight into South Korean culture as it follows four young women doing what they must to survive. Kyuri’s position entertaining businessmen is threatened by a client; Miho’s New York art school scholarship is soured; Wonna has no idea how she and her husband will support their unborn child and Asa’s obsession with a K-pop star takes over her life.

Long, long ago, at least that’s how it feels, I didn’t like short stories, seeing them as a poor substitute for a novel, a snack 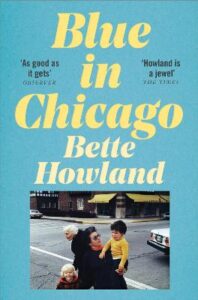 rather than a meal. I did come to enjoy linked collections but what finally sealed the deal for me were Lucia Berlin’s stories collected in A Manual for Cleaning Women and Evening in Paradise. Bette Howland’s Blue in Chicago is from the same publisher and sounds in a similar vein to Berlin’s work. ‘Bette Howland was an outsider: an intellectual from a working-class neighborhood in Chicago; a divorcee and single mother, to the disapproval of her family; an artist chipped away at by poverty and perfection. Each of these sides of her life plays a shaping role in her work. Mining her most precarious struggles for her art in each of these stories, she chronicles the fears and hopes of her generation’ says the blurb whetting my appetite nicely.

That’s it for June. As ever, a click on a title will either take you to my review or to a more detailed synopsis. If you’d like to catch up with the first batch of the month’s paperbacks it’s here, new titles are here and here.