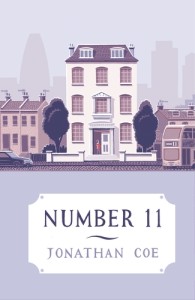 Well, knock me down with a feather! I would never have expected to be posting a two-part November hardback preview. Often it’s a rather dull publishing month but here it is: part one of two starting off with a new Jonathan Coe. I’m treating this one with caution as after many years of Coe fandom I’ve gone off the boil with his last few novels although Number 11 apparently features members of the loathsome Winshaw family, characters from the wonderful What a Carve Up!, in what sounds like a lacerating satire on the state of the nation ‘where bankers need cinemas in their basements and others need food banks down the street’. Sounds very promising.

Rupert Thomson’s inventive fiction wanders about all over the place which is part of its charm for me. His last novel, the excellent Secrecy, was set in seventeenth-century Florence but Katherine Carlyle jumps forward four centuries to the twenty-first. The product of an IVF embryo, frozen then implanted into her mother’s womb eight years later, nineteen-year-old Katherine decides to disappear after her mother dies from cancer and her father becomes increasingly distant. A ’profound and moving novel about where we come from, what we make of ourselves, and how we are loved’ say its publishers 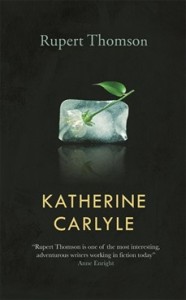 Despite frequently proclaiming that I’m not a short story fan I’ve reviewed several collections here this year and am about to recommend another short story writer – Helen Simpson whose smart, witty collection of linked stories Hey Yeah Right Get a Life had me hooked. The link for Cockfosters is Tube stations which should appeal to London commuters and seems tailor-made for a Transport for London advertising campaign although it does venture outside of the confines of the metropolis, apparently. She’s very funny – sharply observant of human foibles but compassionate with it 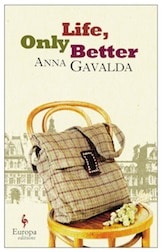 My last choice for this first batch is Anna Gavalda’s Life, Only Better, two novellas published in one volume. In one a twenty-four-year-old woman changes her life entirely after a man returns the bag she thought she’d lost and in the other, dinner with a neighbour spurs on an unhappy young man to start afresh. I loved Breaking Away with its bright red 2CV adorning the jacket. We used to own one just like it before seeing a distressing number with engines smoking or, once, in flames.

That’s it for the first batch of November titles. You may have noticed a common thread running through this selection, all by authors of books I’ve already read. All but one of the next lot will be entirely new to me. As ever a click on a title will take you to a fuller synopsis, and if you want to catch up with either October’s hardbacks or paperbacks they’re here and here.