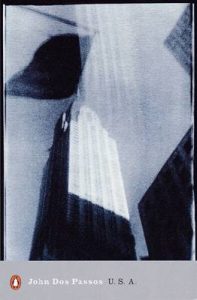 This is the latest in a series of occasional posts featuring books I read years ago about which I was wildly enthusiastic at the time, wanting to press a copy into as many hands as I could.

I read U.S.A. not just years but decades ago. Both huge and experimental, it took me months to get through but left a deep impression. Made up of three novels – The 42nd Parallel, 1919 and The Big Money – it’s a book that defies summary although I’ve always thought of it as the story of early twentieth-century America.

The three novels follow a set of characters from the early days of the new century. Some of the characters intersect and overlap but not all. There are several distinct narrative styles, from stream of consciousness to reportage to biographies of historical figures. This may sound horribly unwieldy, and it’s far from an easy read, but I remember being both gripped and fascinated by this book. After all these years the details escape me but a quick look at its Wikipedia entry will give you an idea as to whether this is a reading project for you or not. I’ve been toying with the idea of rereading it for years, particularly when I visited the picturesque Madeiran town of Ponta do Sol and found a plaque proclaiming it to be the home of Dos Passos’ ancestors. So proud are the Madeirans of their literary connection that there’s cultural centre honouring the great man.