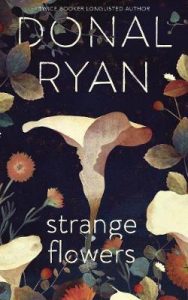 The first batch of August’s new titles began with a book by a favourite author of mine as does this second, although I got off to a slow start with his writing. After being a wee bit underwhelmed by Donal Ryan’s The Thing About December, I loved From a Low and Quiet Sea and All We Shall Know, both beautifully expressed novellas. I’m hoping for the same gorgeous writing in Strange Flowers which sees two parents ravaged by their daughter’s disappearance one morning in 1973. Five years later, she reappears although not alone, apparently. ‘Beautiful and devastating, this exploration of loss, alienation and the redemptive power of love reaffirms Donal Ryan as one of the most talented and empathetic writers at work today’ say the publishers promisingly.

Very different but also by a writer who’s rapidly become a favourite, Lissa Evans’ V for Victory is set in 1944 with the end of the war finally in sight. Vee runs Green Shutters, a Hampstead guesthouse open to lodgers willing to tutor the precocious Noel who refuses to go to school. To their guests they’re aunt and nephew but neither are quite what they seem and Vee is constantly on her guard, the possibility of being unmasked looming when she’s the sole witness to an accident. I inhaled this one almost as soon as it popped through my letterbox. If you’ve read Old Baggage, V for Victory feels like a reunion with old friends but stands alone for those who have that joy ahead of them. I’d love to think that sometime in the next few years we’ll be able to catch up with Noel. I’m keen to see what kind of man he’s going to be. He’s made such a promising start. Review soon… 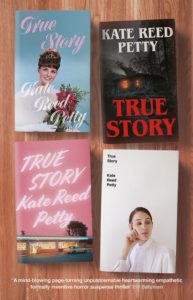 I’ve often wondered what it’s like to be a debutante author whose novel is surrounded by a great deal of brouhaha well before publication. At least Kate Reed Petty’s much-trailed True Story hasn’t fallen foul of this year’s swathe of pandemic-related postponements. It opens with two boys who drive a girl home from a college party, passed out in the back of their car. Alice is never sure what happened to her while Nick reproaches himself for not intervening. The events of that night, remembered or otherwise, have profound effects on both their lives until the facts are finally revealed, apparently. ‘Startlingly relevant and enthralling in its brilliance, True Story is by turns a campus novel, psychological thriller, horror story and crime noir, each narrative frame stripping away the fictions we tell about women, men and the very nature of truth’ say the publishers which, despite feeling a little sceptical, does make me want to investigate it.

Jennifer Hofmann’s debut The Standerization of Demoralization Procedures is a title likely to be mangled at till points but its premise is certainly memorable. On the eve of the Berlin Wall’s fall, a Stasi agent has become obsessed with the disappearance of a waitress. Twenty-five years before, an East German physicist returned from infiltrating a US military operation, refusing to divulge what he’d learned. When the agent was designated as his interrogator the two became friends, a bond broken by a betrayal somehow connected with the waitress, apparently. ‘Set against the brutal backdrop of communist East Germany, Hofmann’s debut captures the fate of humanist fantasies under an extreme surveillance state’ according to the blurb which sounds intriguing to me, playing into my own Berlin, East/West obsessions.

I loved Hiromi Kawakami’s The Nakano Thrift Shop and Strange Weather in Tokyo, both straightforward novels, so was a little surprised by the wackiness of her short story collection, Record of A Night too Brief enjoying it, nevertheless. People From My Neighbourhood sounds different again, comprising a set of the briefest of short stories all about a particular neighbourhood where everything is a little off kilter: ‘A small child lives under a sheet near his neighbour’s house for thirty years; an apartment block leaves its visitors with strange afflictions, from fast-growing beards to an ability to channel the voices of the dead; an old man has two shadows, one docile, the other rebellious; two girls named Yoko are locked in a bitter rivalry to the death’  says the blurb giving a flavour of what to expect. Very keen to read this one.

At first glance, Douglas Stuart’s Shuggie Bain looks like the kind of novel I’ve been avoiding since the pandemic hit, a bit too harrowing, but so many on social media whose opinions I trust have been singing its praises that I can’t ignore it. Set in a hard-pressed Scottish mining town in the ‘80s, it follows the eponymous Shuggie whose mother’s dreams have been shattered by her philandering husband who’s left her with three children. As Agnes drinks herself into oblivion, Shuggie stays by her side, jeered at and bullied for his effeminate ways despite his attempts to be ‘normal’. ‘Douglas Stuart’s Shuggie Bain lays bare the ruthlessness of poverty, the limits of love, and the hollowness of pride’ according to the publishers. I may need a comfort read after this one.

Emily Gould’s Perfect Tunes might well fit that bill. I was a big fan of Friendship which prompted me to write a Five Books I’ve Read on the theme but I don’t 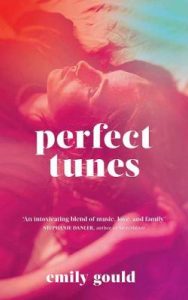 remember the novel attracting much in the way of coverage. This one begins in 2000 when a brilliant young songwriter’s career is derailed by a brief affair, shortly after arriving in New York. Fast forward fifteen years and her daughter’s curiosity about her father coupled with the arrival of her best friend, now a successful musician, unsettles Laura’s stable Brooklyn life. ‘Funny, wise and tender-hearted, Perfect Tunes explores the fault lines in our most important relationships, and asks whether dreams deferred can ever be reclaimed’ which sounds very appealing to me despite that rather off-putting jacket. Curtis Sittenfeld, Chad Harbach and Stephanie Danler (author of the excellent Sweebitter) are all Gould fans if that helps persuade you.

That’s it for August’s new fiction preview. As ever, a click on a title will take you to a more detailed synopsis should you want to know more, and if you’d like to catch up with the first batch it’s here. Paperbacks soon…