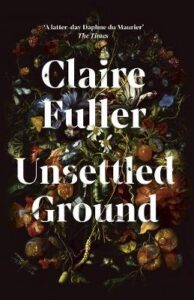 The first part of March’s fiction preview began with three novels I’d already read whereas in this part there’s just the one: Claire Fuller’s Unsettled Ground. I’ve long been a fan of Fuller’s writing. Each of her novels – Our Endless Numbered Days, Swimming Lessons and Bitter Orange – is different from the others. This new one explores the darker side of rural life through the story of Julius and Jeanie Seeder, fifty-one-year-old twins still living with their mother in the old cottage they grew up in, almost entirely self sufficient until Dot dies and the outside world impinges. Unwelcome and shocking discoveries are made as the closely guarded lives they’ve led begin to unravel until a dramatic climax is reached. Another satisfying read from Fuller making four in six years which strikes me as a pretty impressive score. Review soon…

It’s been a very long time since I read anything by Alan Warner whose Morvern Caller I loved. Set just before Margaret Thatcher became Prime Minister, his new novel, Kitchenly 434, sees two young fans turn up at an absent rock star’s Sussex mansion where the butler finds himself caught up in a misadventure. According to the blurb it’s ‘about delusional male behaviour, opening and closing curtains, self-awareness, loneliness and ‘getting it together in the country’, Kitchenly 434 is a magnificent novel

about the Golden Age of Rock in the bucolic English countryside’. This one could either be hugely entertaining or a tad self-indulgent. We’ll see.

I was late to the party with Fiona Mozley’s Elmet, only getting around to it for my stint as a Sunday Times Young Writer of the Year shadow judge. It wasn’t my first choice, but I couldn’t help but be impressed by the confidence of Mozley’s writing. Set in gentrified Soho where a brothel is under threat from the building’s billionaire owner, Hot Stew sounds equally assured. Determined to keep their home, Precious and Tabitha launch a campaign against the steely Agatha. ‘Hot Stew is an insightful and ambitious novel about property, ownership, wealth and inheritance. It is about the place we occupy in society and the importance placed on class and money. It doesn’t shy away from asking difficult questions but does so with humour and intelligence’ say the publishers promisingly.

One of the many books I’ve still not got around to is Naomi Ishiguro’s short story collection Escape Routes but that hasn’t stopped me casting a covetous eye over her first novel, Common Ground, which explores the theme of male friendship. An unlikely comradeship begins between scholarship boy Sam and the savvier, older Charlie but when they meet at a London party, long after they’ve parted ways, it’s Sam who’s successful while Charlie is struggling. Very keen to read this one.

Maki Kashimada’s Touring the Land of the Dead sounds intriguing with its story of a woman married beneath her social station according to her mother and brother, both of whom seem unable to reconcile themselves to their own loss of status. When she and her husband visit a spa resort, once a luxury hotel, memories are triggered resulting in ‘a voyage into the netherworld – a journey to the doors of death and back to life’ according to the blurb. This edition includes Ninety-Nine Kisses, a story about four unmarried sisters modelled on Junichiro Tanizaki’s The Makioka Sisters which I remember enjoying more years ago than I care to remember. 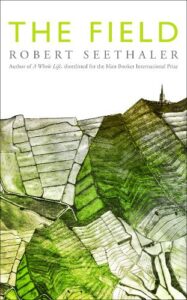 Quite possibly saving the best until last with Robert Seethaler’s The Field for which my hopes are sky high having loved both A Whole Life and The Tobacconist. Seethaler builds a picture of a community through the voices of those buried in Paulstadt’s cemetery, each with a memory to recount, from the moment of their death to the story of their lives. ‘The Field is about what happens at the end. It is a book of human lives – each one different, yet connected to countless others – that ultimately shows how life, for all its fleetingness, still has meaning’ says the blurb. One of my most anticipated 2021 titles so far, I’ll be starting it today.

That’s it for March’s new fiction. A click on any of the titles will take you to a more detailed synopsis should you wish to know more and If you’d like to catch up with part one, it’s here. Paperbacks soon…