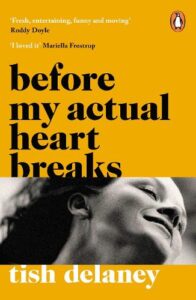 Slim pickings for October’s paperback preview, sadly. I’m beginning with the only one I’ve yet to read – Tish Delaney’s Before My Actual Heart Breaks which is about Mary who grew up in Northern Ireland during the Troubles. Five children and a quarter of a century later, she’s finally glimpsed a chance of the happiness she’s long hoped for. This one popped up frequently in my Twitter feed when it was first published last year. I wasn’t at all sure about it but Roddy Doyle’s endorsement’s swung it for me.

No such doubts about Bryan Washington’s Memorial to which I’d been looking forward very much having loved Lot, his short story collection. Mike and Benson’s relationship is already a little rocky when Mike announces his mother is due to arrive in Houston from Japan the very day he will be flying in the opposite direction. What ensues is a surprising companionship between Benson and Mitsuko who decides to teach him how to cook while her own son doggedly tracks down his father in Osaka. By the end of this empathetic novel all the messiness of relationships and family has been explored. Lot set the bar very high, for me, but Memorial cleared it with ease.

I was a big fan of Bill Clegg’s debut, Did You Ever Have a Family, back in 2015 although I know many others weren’t so impressed. Hopes were high, then, for

The End of the Day which follows a set of characters over six days when a multitude of beans are spilled thanks to the failing memory of one and the death of another. Clegg’s story gets off to something of a slow start, so much so that I began to wonder if I would stick with it but then a bombshell was delivered, the fallout from which kept me going until the end as smaller bomblets were dropped.

Peace Adzo Medie’s debut, His Only Wife, is the story of a young Ghanaian woman caught up in a web of obligation yanked tight by a manipulative matriarch whose generosity comes at a very high price. Afi and Eli’s wedding is as lavish as might be expected from a rich family, the only difference being the groom’s absence. Twenty-one-year-old Afi knows she’s been chosen in an attempt to lure Eli away from the Liberian woman with whom he has a daughter. In this enjoyable novel, Afi tells us her own story, from her unusual wedding to her decision, two years later, to take control of her life.

Kikuko Tsumura’s There’s No Such Thing As An Easy Job is about a thirty-six-year-old woman, burnt out after fourteen years in a demanding job. Needing an income, she takes herself off to an employment agency where the sympathetic Mrs Masakado helps her in her quest for the easiest job she can find as near to home as possible. So begins a series of short-term contracts in humdrum assignments which prove to be much more stressful than she’d expected. A quietly enjoyable novel with a message for those who give themselves entirely to work. 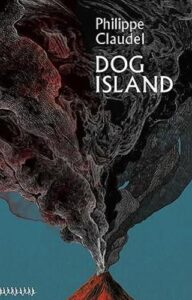 Each book I’ve read by Philippe Claudel has been different from the others. What they have in common is a strong sense of humanity, beautifully expressed, and Dog Island is no exception. When the corpses of three young black men wash up on a tiny volcanic island in a remote archipelago, the islanders are presented with a moral dilemma: what to do about this tragedy which risks ruining the tourism industry if the discovery becomes public. Claudel’s novel reads like a fable, a twenty-first century morality tale which explores the darker side of human nature. Not a cheery read, although there’s a glimmer of grim humour at times, but it’s a salutary one.

That’s it for October paperback preview. As ever, a click on a title will take you either to my review or to a more detailed synopsis for my first choice should you wish to know more, and if you’d like to catch up with the month’s new titles they’re here and here.